It was recently highlighted to me that I published my first poetry collection back in 1996. 22 years ago! My outlook is still the same. My first book was a call for a New Beat Generation to emerge – writing profound words that inspire the next generation. Now recently there has been a real renaissance in terms of Spoken Word. There are poems used on mainstream adverts on the television. There are spoken word events popping up everywhere. I even curate my own Spoken Word night with the help of fellow poet Robert Garnham. Our night is called Speaky Blinders and it is a night that is gaining in popularity, thanks to the great venue:Peaky Blinders Bar in Paignton, and of course the wealth of local talent. All wordsmiths with a great deal to say. As Robert Garnham stated – there is a peculiar micro climate in Torbay where the local booming spoken word scene is very much about fun! Well like the original Beats, Beatniks and Mods, Rockers, hippies, and Punks – those that are into the Spoken Word scene are out to get their kicks. These events are great platforms to share messages. Sometimes it’s deftly showing off your skill with word play, sometimes it’s silly and nonsensical, but other times it’s deep, profound and personal. There is a lot of comedy in Torbay, and that’s probably because, at this time we all feel we need a good laugh. An escape from the ongoing debates about Brexit, the state of the economy, education, housing, the National Health Service etc. The Spoken Word scene to me is so diverse – it is magical. People from all ages and backgrounds are there to take part and enjoy it. Not like other scenes, where it is usually the young disenfranchised teen raging against the machine, it as inclusive as you can get. It’s welcoming, it’s not generally descriminate and audiences are prepared to listen. Not that those subjects just mentioned above don’t get included in some of the poems and stories that the local spoken word artists tell. It is rather that for a few minutes an individual can share the honesty of their minds. Their individual thoughts and aspects of their personality. Everyone wants to share who they are to some point. Some rant, some tell sad stories, others are funny, and some are just (tongue now firmly in cheek) bonkers!

As stated in previous posts – I admire the original Beat Generation. Although I may have not travelled as much as those writers, my journey has always been about enriching my life with experience – to allow myself to develop and ultimately find pleasure in as many moments as my life will allow. Is there a Beatnik Revution? I don’t know – but the poetry scene has expanded in the last decade in ways that could be seen as an explosion. There are creative minds getting their kicks with words again. It’s not just the domain of Rappers and MC’s – although it has to be said of course, some of these lyrical geniuses are without doubt great poets. But, its happening. A subliminal rise of spoken word that will always give thanks to the influence of a Generation from the middle of the Twentieth Century. There are great young poetic talents out there, and those that have been writing and spouting for some time. It is truly wonderful seeing them mix and learn from each other. The creativity is bubbling way and those that dare are experiencing some truly magnificent moments. 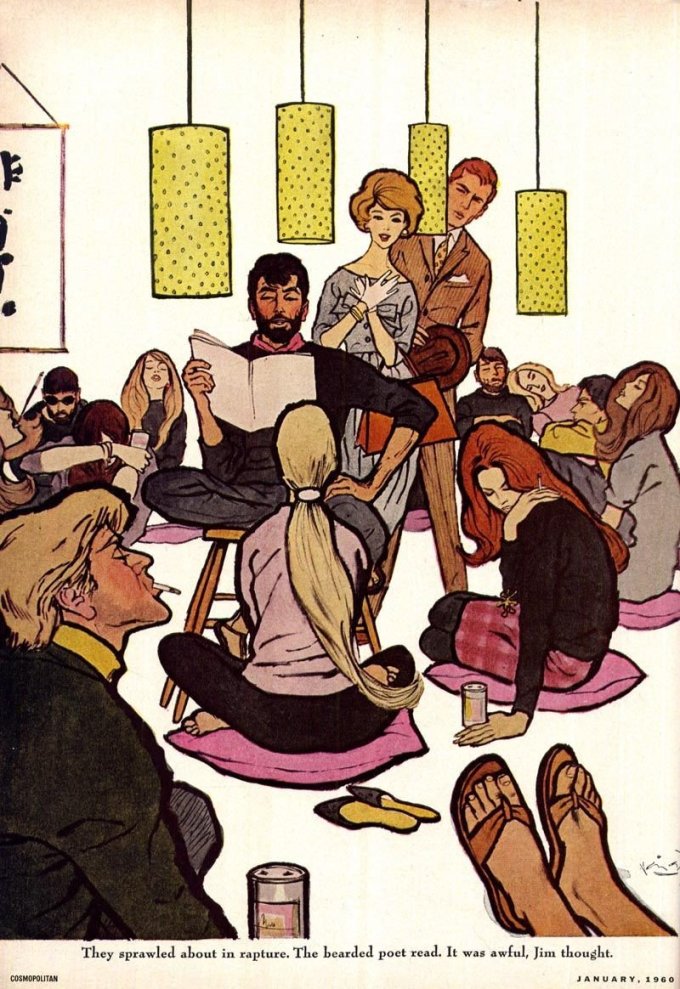 The last month saw my regular performances at Stanza Extravaganza at Artizan Gallery, and of course Speaky Blinders, where we had the fantastic Exeter based poet Ross Bryant headline. October sees myself doing a few more things. I will be performing at Big Poetry on October 11th. Then on the 13th I will be at the Heavy Soul Records Alldayer in Birmingham. (more news about Heavy Soul Records to be announced soon.) The 20th sees me performing at an event in Paignton thanks to a wonderful poet called Melanie Crump. Then on the 23rd I will be performing and Co hosting at Speaky Blinders – which for one night will become Spooky Blinders, and has the wonderful and haunting story teller Mic B headlining.

On April 5th I had the pleasure of cohosting the first Speaky Blinders evening at Peaky Blinders Bar, Paignton, Devon.

It was a fabulous evening which saw the Professor of Whimsy, Robert Garnham, headline with a set of funny and surreal “poems” all titled “Poem” Robert was kind enough to help me host this first of what are going to be monthly events. It’s format was that of Spoken Word, comedy and an Open Mic night.

For the role of host – I dressed the part and turned up dressed to impress in true Peaky Blinder style. I had a grey suit, a tab, rounded shirt and the all important Baker boy cap.

Suitably attired I arrived at the Peaky Blinders Bar, and was pleased to see a decent number of people there for the evening. In fact every table was in use – it was practically a full house!

We had a great variety of performers some regulars from the local Spoken Word Scene, such as Shelley Szender, Samantha Boarer, Marc Woodward, and Andy Brown. All very well respected performers. Then we had some comedy from a gentleman who was visiting from Hong Kong! We also had some one liners from Steve Bloom. And in the second half of the evening even the Peaky Blinders Bars landlord Jamie Devon go up and shared some of his Pub humour. It was a roaring success for a debut night and can only go from strength to strength.

Preparations for next month’s Speaky Blinders are being made and the Headliner for the night in May will be announced soon. I also hope to perform some poetry with the addition of music at the next one.

So, By the order of the Speaky Blinders – I expect if you’re in the area – that you will be there. There will also be open mic slots available for those who wish to take part. 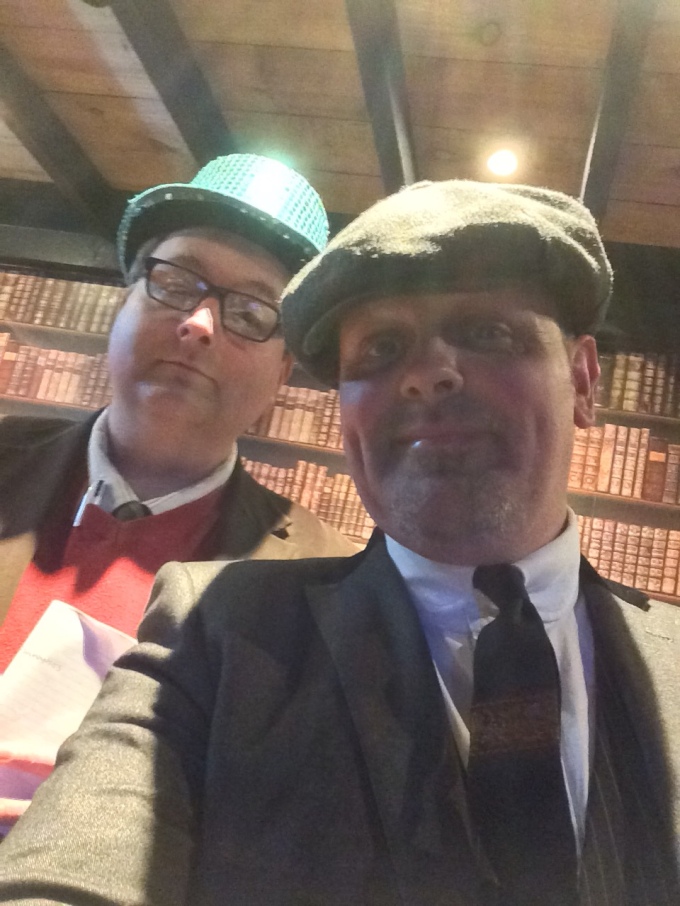